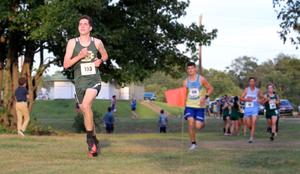 OCS recently wrapped up its 2021 season with a 3rd-place finish at state by the boys team, led by senior Jay Parker, who finished in the top 10.